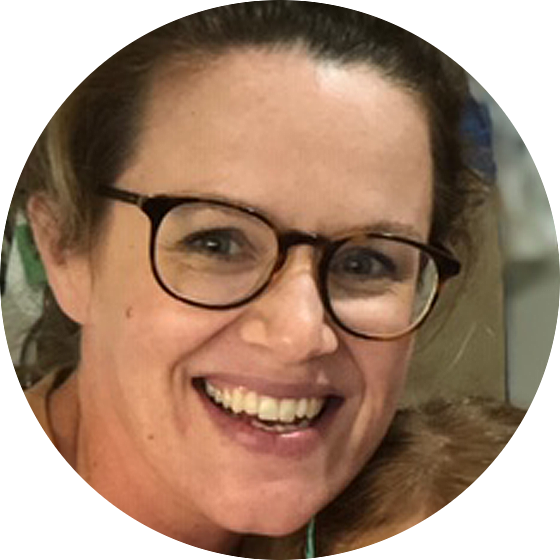 LIVING WITH MS FOR 2 YEARS

Meg, now mother of two, was diagnosed with MS when she was 32 years old. Despite being diagnosed in late 2018, Meg says her symptoms started three years and included numbness to her shoulders, arms and feet.

“I had a tingling sensation to various parts of my body lasting for months at a time, as well as vertigo, fatigue, loss of memory and blurred vision.”

After Meg received her diagnosis of relapsing remitting MS, she says was relieved to be able to now give her symptoms a name and understand what was going on.

“After experiencing a myriad of symptoms and having no clue why, I was beginning to question my own sanity!”

After her diagnosis, Meg turned to MS Queensland as her first point of contact.

“When calling the NeuroAssist line, they were able to outline my options and the many support networks provided by MS Queensland.  My husband and I have found the webinars to be very informative and helpful. I’ve also utilised the MS Nurse and psychologist. This year I’m hoping to utilise an MS Physiotherapy.”

After Meg’s diagnosis, her husband Andy registered for the MS Brissie to the Bay bike ride in 2019 for the first time.

“Andy was very keen to participate in the ride and I was very impressed with the response we had from family and friends to get involved. I’m so proud of Andy’s fundraising efforts and I’m excited to see what we can do this year!”

Andy said when Meg was first diagnosed with MS, they didn’t know much about the disease, except that there was no cure.

“Meg has been fortunate in the fact that her symptoms are many, though are not significantly debilitating. Having said that, she has many lesions and there has been progression with each MRI she has had. We have the constant fear that the next lesion that manifests may introduce a symptom that will the heavily impact her quality of life.”

“Meg is brave and stoic and I am so proud of her. She is more concerned that she will become a burden on her family than for her own health which is ridiculous and breaks my heart.”

Since Meg’s diagnoses, Andy said he was eager to be involved in the MS Brissie to the Bay as a way to help raise funds and awareness to support other people going through this.

Last year Andy was the Team Captain of ‘Team Megatron’ with nine team members and over $18,000 raised! This year Andy has plans to double the team size AND raise $30,000. 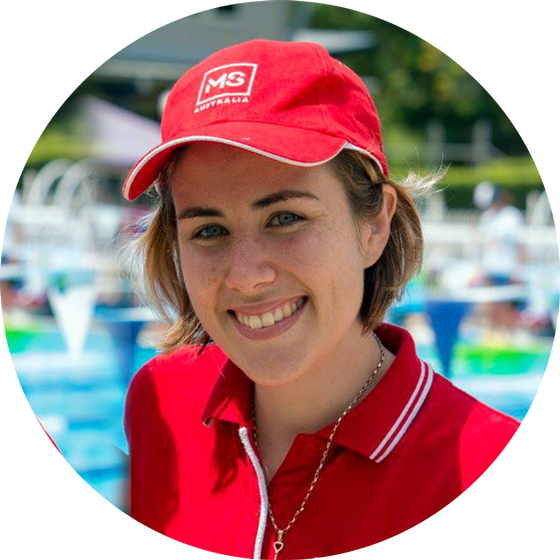 LIVING WITH MS FOR 13 YEARS

Hi, my name is Rachel and this is my personal story of living with multiple sclerosis.

I see myself as a loving mother to my bubbly son and a devoted wife….except, I have MS.  I was in the middle of completing my high school exams, when I noticed that something wasn’t right. I started experiencing issues with my mobility and eyesight. At first I didn’t think too much of it, so I continued to carry on with my daily life. And then my eyesight started getting worse…I couldn’t even recognise people who were standing right in front of me. That was scary!

Living in Rockhampton didn’t help as there weren’t many resources here, and so I was flown to Brisbane for test after test. I was diagnosed with MS at just 17 years of age.

It was a frightening time for me.

MS is a constant struggle between what I would like to do and what I am able to do and it presents new challenges every day.

People kept telling me that there would be things I wouldn’t be able to do anymore.  Through my most difficult stages, MS Queensland has helped me see the light at the end of the tunnel. They were a wealth of knowledge and have helped me overcome some of my hurdles.

I have my whole life ahead of me, and I am not going to let MS take control!

I didn’t choose to have MS, but I can choose how I live with it.  I am excited that resources in Rockhampton have come along in leaps and bounds with 2014 seeing the opening of an MS Queensland office in Rockhampton as well as the appointment of a Regional Service Co-Ordinator dedicated to the Central Queensland area.

Since being diagnosed, I have become an MS ambassador and an active member of the Rockhampton community. To me, being an MS ambassador is very important as I feel our local area needs to be aware of what MS is and the effects of MS.

Thank you to all the fundraisers for the support you show by raising much needed funds for people living with MS like me. 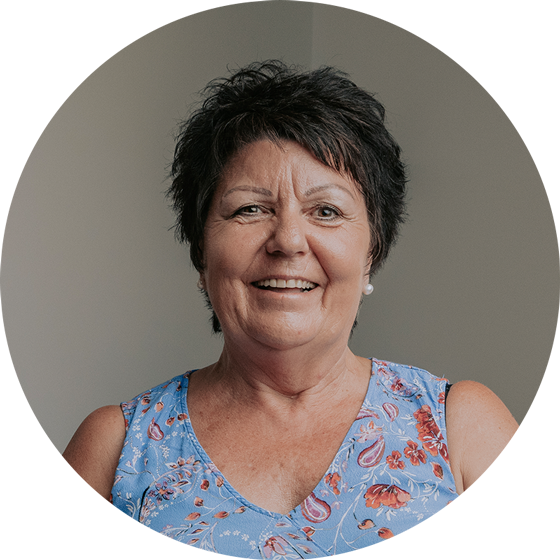 LIVING WITH MS FOR 24 YEARS

Gail was 41, managing a business and raising her two young children, when she was diagnosed with secondary progressive MS in 1996.

“My life changed when I started getting pins and needles in parts of my body and losing my balance, my vision and the sensation in my feet.”

At the time of Gail’s diagnosis, she didn’t know anyone else living with this disease. Her MS progressed quickly, to the point where she required a wheelchair permanently by 2001.

“I had no idea what was happening. When my neurologist told me ‘you have multiple sclerosis’ I didn’t know what that meant. He explained that it is a nerve disease, but at that time I couldn’t absorb or understand what was happening to me.”

“Not one of us knows. We could go to bed one day and wake up the next and have lost our vision, lost our mobility, or have an incurable disease.”

Gail’s symptoms, such as fatigue, can be so debilitating some days that she simply can’t get out of bed. And on the mornings that she pushes past that intense feeling in her limbs, as well as the mental struggle, she’s usually exhausted by the afternoon.

“The hardest thing of all is losing your independence. After my diagnosis, my daughter at the age of 12 had to be a mother and sister to my son. My son at the age of 10 had to cook dinner because I couldn’t get out of bed.”

Two decades on from Gail’s diagnosis, she lives on the Gold Coast with her son’s family and her service dog, Coda.

“I would love to be independent, be able to maintain my home, work full time and dance again.”

Despite not being able to have full independence, Gail feels privileged to have Coda, who has enabled her to do the things she loves. Coda can help open doors, take her shoes off and put laundry in the washing machine (he even separates whites from colours!). Gail has had to rely on MS Queensland in times of need, and says she shudders to think where she
would be without MS Queensland.

“MS Queensland have been amazing help and support for me both mentally and physically. They’ve provided me with amazing physiotherapy support, and having access to a Service Coordinator has been a lifeline! I’ve met some lovely people and made lifelong friends.”

How You Can Help